On Wednesday 13th March Miss Samani, Miss Parker and Mrs Bakshi headed off to Trim in Ireland to visit our Comenius partner school, St. Michael’s. St. Michael’s is a CatholicboysPrimary school with a Centre for Autism attached to it.There are currently 291 pupils in the school and the average class size in the mainstream school is 21. The children had all been completing work on the Comenius countries in preparation of the trip. The school has a reputation for the excellent provision that it provides for pupils with autism. It also has a very strong music department. We were treated to a special assembly where several members of staff accompanied the choir on a range of instruments including the guitar and flute. One of the highlights of the assembly was hearing one of the teachers, Ms Mulcahy playing a traditional Irish instrument called the 'Uilleann (elbow) pipes'. This was a real privilege as she is one of only five people who is able to play it at a professional level. She is often invited to play around the world and has played in China, America, Australia, Canada, Vietnam as well as Europe. Ms Mulcahy and her sister are regarded as Ireland’s most talented and gifted multi – instrumentalists in Irish Traditional music today, they play a range of instruments including harp, concertina, piano, fiddle, flute, tinwhistle and Uilleann pipes !

Mrs Bakshi and Miss Parker were lucky enough to see a demonstration of  Gaelic Football. They are both fast paced games and quite different from what we play here. The school is very successful in these sports and like us, have many trophies un their school cabinets !

During our time in Trim we visited the historical site of The Battle of the Boyne. The battle was fought in 1690 and was a very important battle in Irish, British and European history. We were also treated to a special lunch overlooking TrimCastle, (which was featured in the film Braveheart) with the Mayor of the town. This is a picture of the Co-ordinators from each country with the Mayor of Trim and standing outside St. Michael’s School. The highlight of the trip was our visit to Dublin to celebrate St Patrick’s Day.

We had the great honour of taking part in the famous St Patrick’s Day Parade which travels through the streets of Dublin. This was an amazing experience and we were able to view the American Marching Bands at close range as well as all the amazing themed floats and costumes. The city was a sea of green as thousands of people lined the streets – it was an amazing experience! The following photos should give you a flavour of the day… 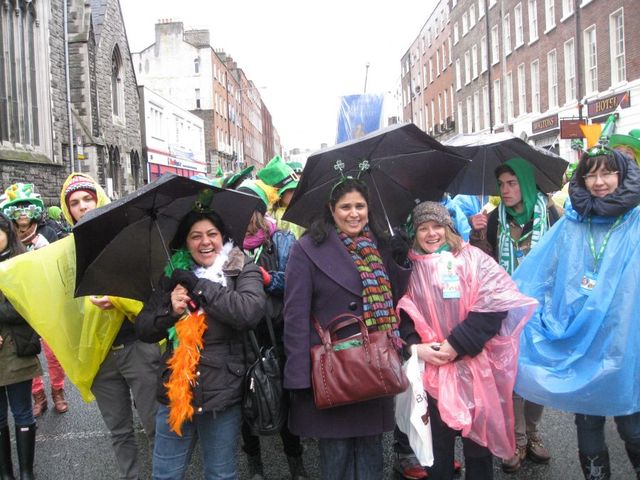 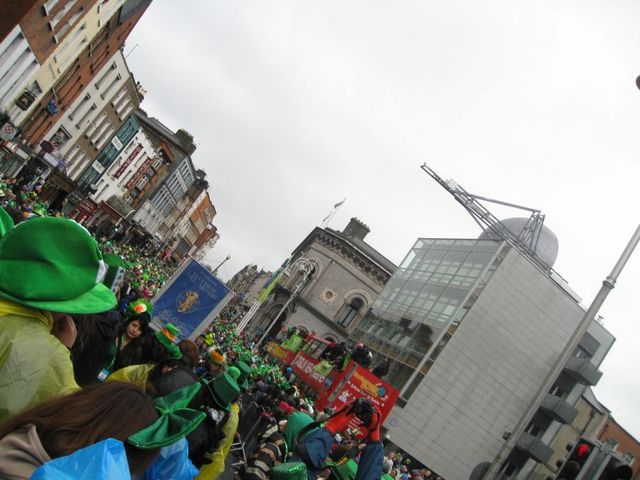 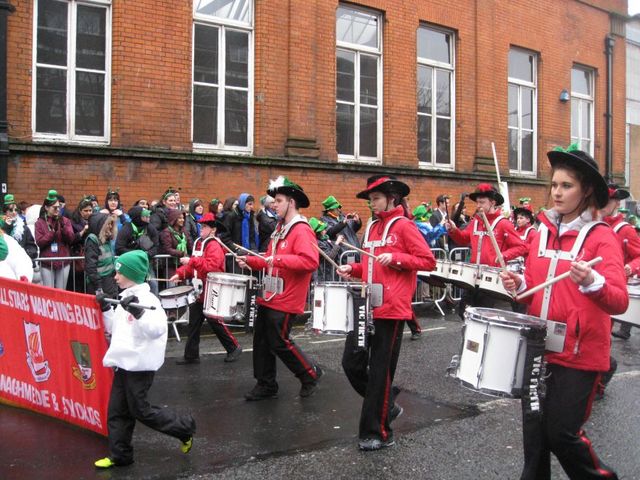 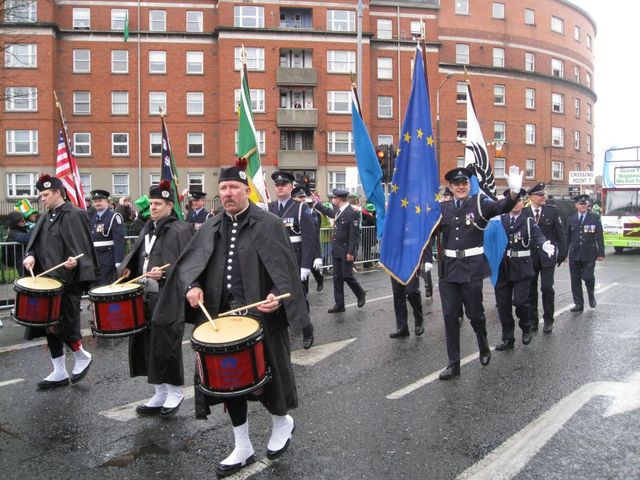 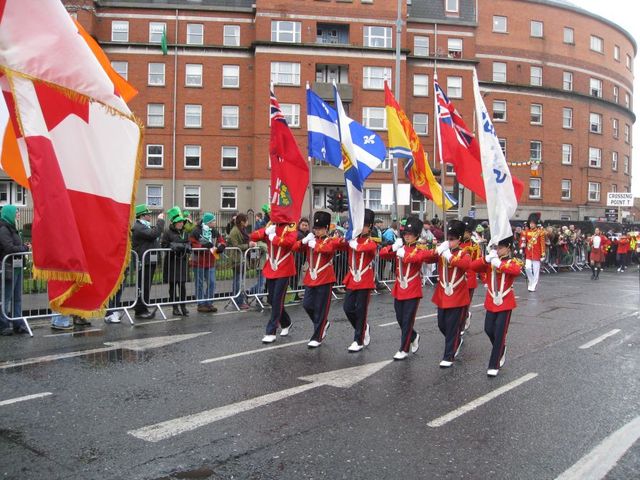 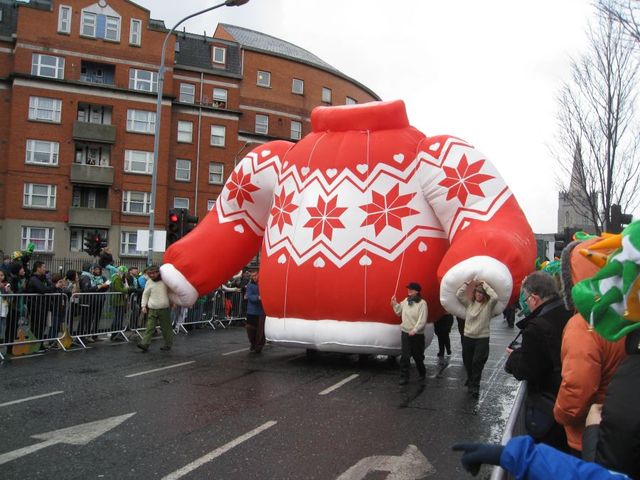 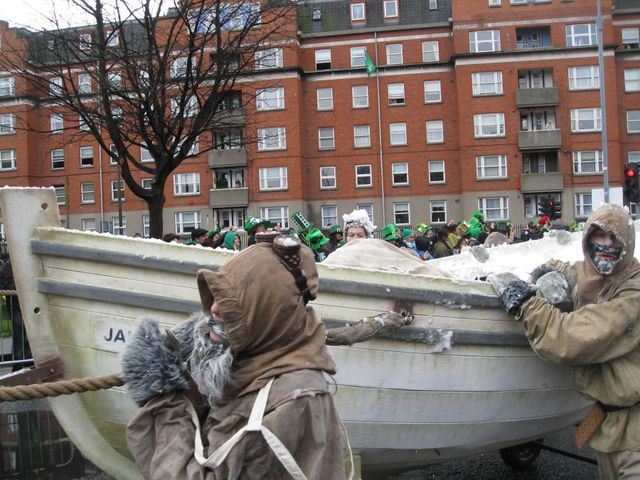 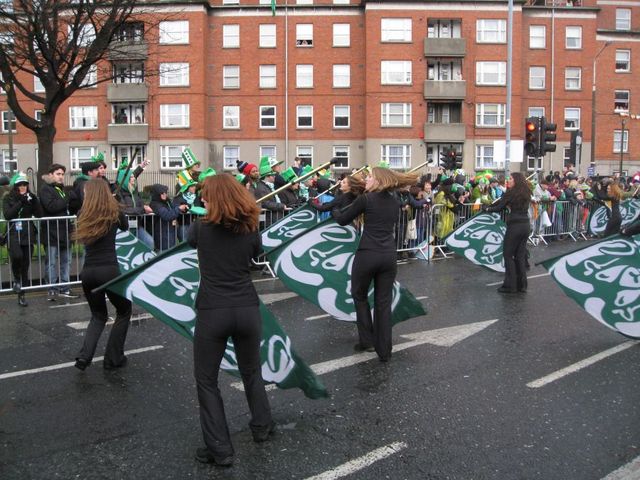 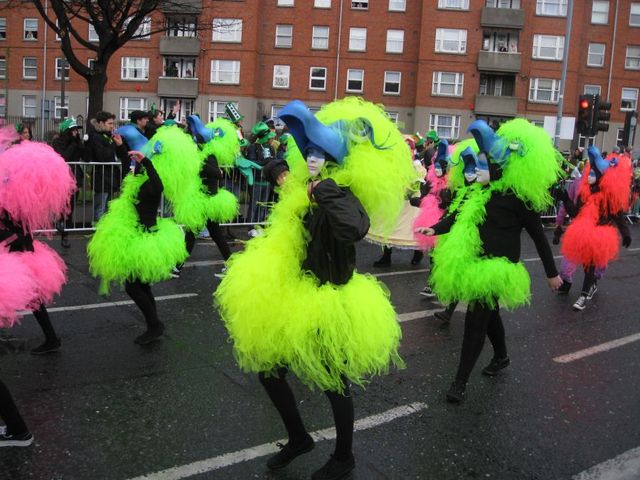